from Kyoto Sta. to Osakajokitadume Sta. by Train - 50 min. 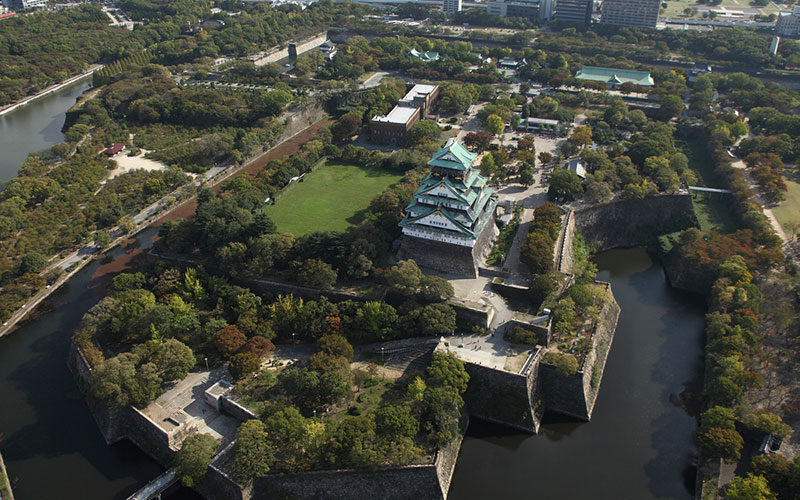 An extensive park with a total area of 105.6 ha, located in the center of Osaka. In the Osaka Castle Park are several historic structures including the castle tower, in addition to the Nishinomaru Garden with some 300 cherry trees, an ume (plum) orchard boasting 1,270 ume trees in 100 varieties, and other spots where visitors can enjoy seasonal flowers. The Osaka Castle Band Shell and Osaka-jo Hall are popular venues for music concerts. Sports facilities, such as a kyudo (Japanese archery) ground and the Shudokan gymnasium, are also located in the park. The spring/autumn potted plant market, the night cherry blossom viewing in the Nishinomaru Garden, and other annual events are held in the park. 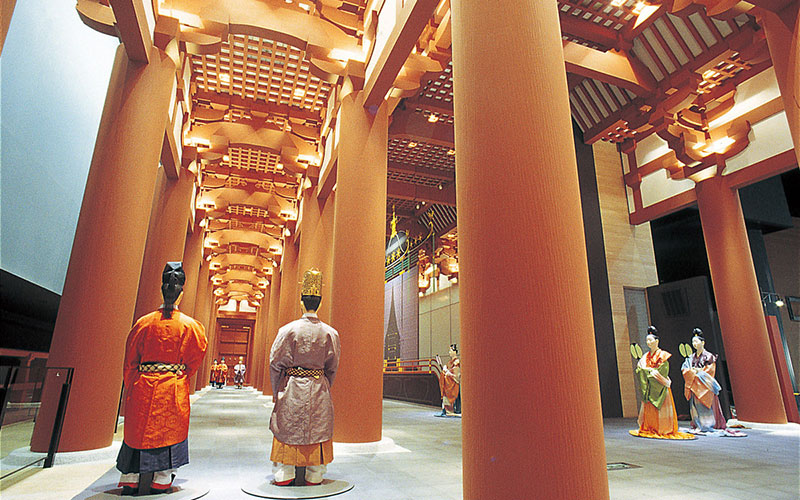 The Osaka Museum of History lies just outside Osaka Castle Park. The top floor of this museum is a full-size re-creation of the inside of the Naniwanomiya Palace. Each of the other floors introduces a different Period in Osaka's past, using exhibit models and going from ancient days to more recent times as you move down. The museum is designed to give visitors a multi-dimensional experience of the 1,350-year history of Osaka, with life-size reconstructions, scale models, and key photographs and movies. 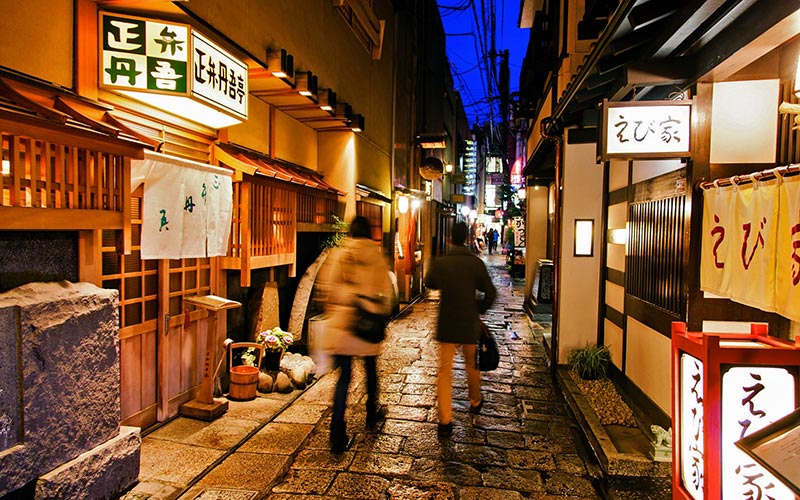 Nestled in the midst of Minami, one of Osaka’s most chaotic districts, is a quietly exotic side street.Turning off a narrow alleyway from the Sennichimae shopping road, a wooden sign is visible that reads “Hozenji Yokocho” (Hozenji Temple Alleyway).

Continuing down the cobbled street glistening with water, the fragrance of incense wafts across from the left-hand side. Straight ahead lies the Mizukake Fudo-son statue, which visitors ladle with water as they ask for blessings, leaving it perpetually coated with an atmospheric layer of green moss. 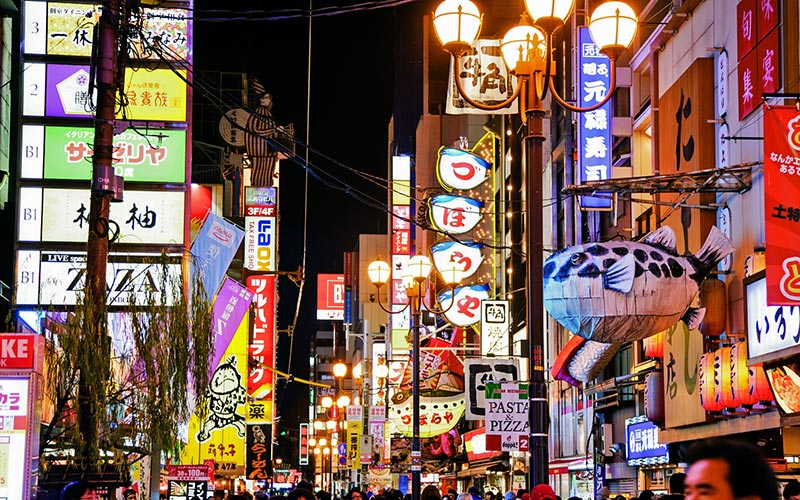 Known as the central heart of Osaka’s busy Minami district, Dotonbori is well-known for scenes such as tourists crowded around the famous Glico sign to take commemorative photographs. Few people know the origin of the area’s name, however, which in fact comes from Yasui Doton, who poured his life savings into a river excavation project 12 years after the decisive battle of SekigaharaLater, the southern side of Dotonbori became home to small theater houses, soon developing into the go-to local district for performing arts including kabuki, puppet theater, gidayu theater, pageant-style shows, and more. 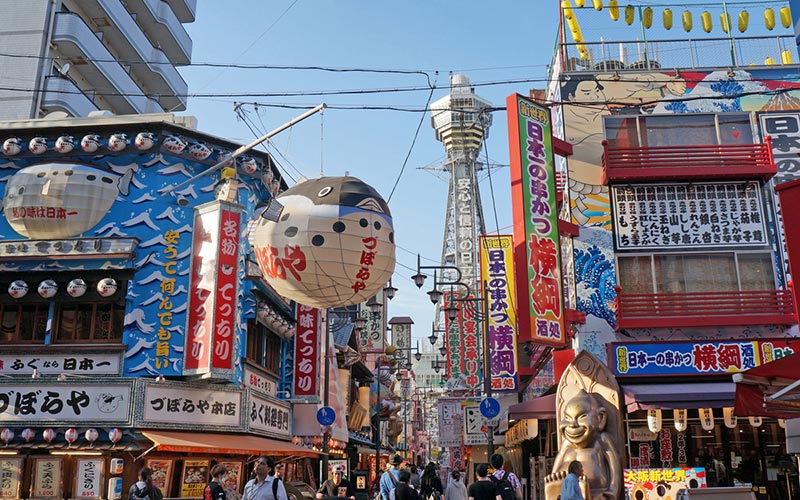 The Tsutenkaku is a new structure, rebuilt after World War II. The original Tsutenkaku was built in 1912, and it shocked the people of that era; with a height of 64 meters, it was the tallest structure in the Orient. It was also one of the two great attractions of Shin-Sekai at that time, the other being Luna Park, an amusement park with an area of more than 132,000 square meters. Eventually the Tsutenkaku, which reminded local residents of the Eiffel Tower in Paris, became the symbol of Osaka. But then in 1943 a fire broke out in the tower, and it was later dismantled to supply steel to the wartime economy. After various difficulties were overcome, the long-awaited new Tsutenkaku was erected in 1956.