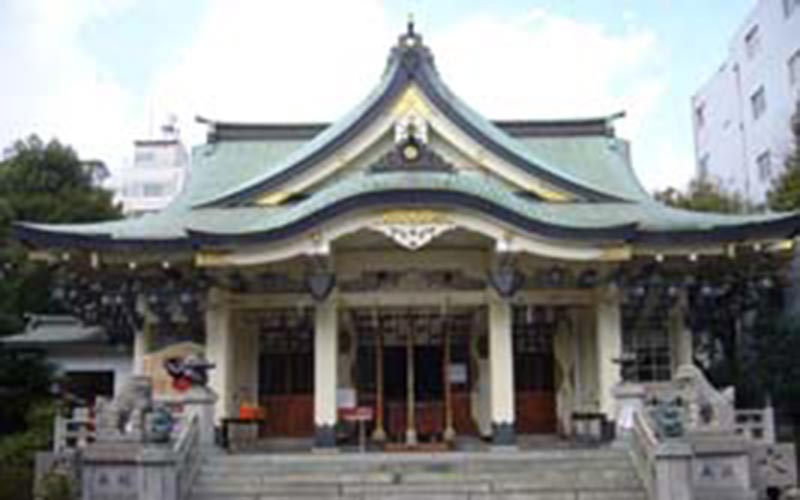 Namba Yasaka Shrine has long been worshipped as the tutelary shrine of the Namba district. Although the shrine was once prosperous enough to have a shichido garan (seven standard buildings of a Buddhist temple complex), it declined due to wartime fires. After the Meiji Restoration of the 19th century, the temple was abolished because of a government edict ordering the separation of Shintoism and Buddhism, and in 1945, the shrine's buildings were burned down in air raids. The current shrine buildings are post-war reconstructions. The enormous lion head-shaped building, measuring 12 meters high, 11 meters wide, is particularly eye-catching. The Tug-of-War Ritual, held annually on the third Sunday in January, is based on a Japanese myth that Susano-no-Mikoto, the enshrined deity, killed the large serpent god, Yamata-no-orochi, freeing the people from hardship. In 2001, this ritual was designated Osaka City's first intangible folk cultural property.