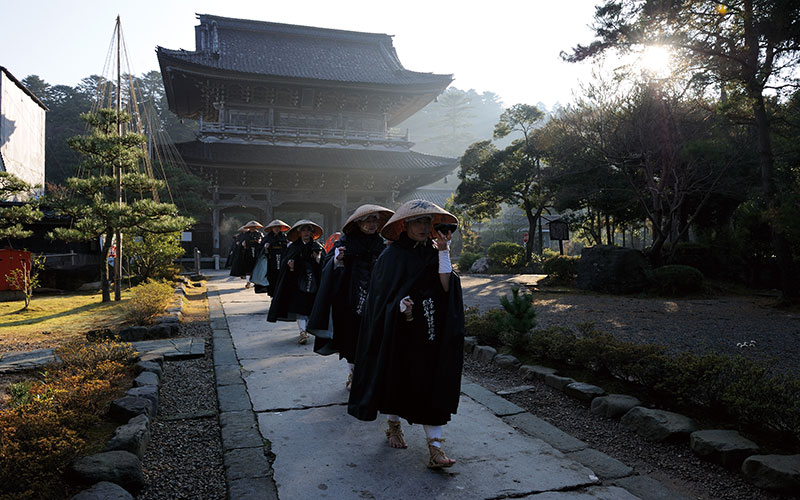 This temple was originally built as the headquarters of Soto Sect in 1321 (First year of Genko Era) by a Zen priest by the name of Joukin Keizan and prospered along with Eiheiji Temple as the center of Soto sect for young priests. However, in 1898 (31st year of Meiji Era) most of the temple was destroyed by a great fire and the Head Temple was shifted to Tsurumi in today's Kanagawa Prefecture. The present Sojiji Temple still preserves a beauty that recalls to one's mind the grandness of Daihonzan or the former head temple. Some of the original temple buildings such as the storehouse of the scriptures, Dentoin (Founder Keizan's Mausoleum), Kannon Hall known as Jiunkaku which survived the great fire still stand in a magnificent state. Nanado-Garan or the "7 Buildings Complex" was also reconstructed. All these buildings together create a magical majestic atmosphere of yore. It's possible to have a first hand experience of Zazen (Zen meditation) and have Shojin cuisine (Buddhist vegetarian meals). (Reservations Required.)